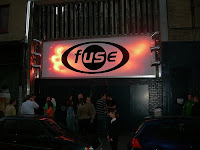 This is actually a re-post, this set was on Lemant's blog once. I've found the tape in my own collection...Another top notch quality tape, full with techno classics. 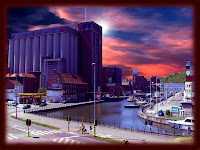 As we explained before, Silo is an institute. Not in the line as La Rocca, Cherry Moon, Boccaccio,... but more along the "alternative" side of clublife. Known for it's quality house-techno-progressive party's with quality music, for hosting the legendary loop and food nights and up to today, it's writing history.

Here we have 2 sets by Steve Cop, in that era.

Club Bizar....Obsession, afterclub Cocoon and now Copacabana... This club had many lives, many vibes. It's a cozy club between Antwerp & Mechelen, not far from the E19.
Steve was invited twice there, together with Tomaz, if i'm correct. The other set was on the Lemant blog, you can expect the same music, quality T.

For a short time, there was this very cozy club in the centre of Ghent. Hosted by Dimitri Bertels, who played some tunes as well, later known for his waterski-skills, like his older brother. (check google) It was not far from the famous Vooruit, but i'm not sure where it was exactly.

Steve played twice there, the other tape rip will be on lemant's blog in the future. (check links on the left)

Another Scene-rip, yes, i have a lot of them. ;) This evening is forever in my mind. Dj Rush came by, and he blew me away. Too bad he also blew the monitor away, the tape with his set is broken, it seems that the records are jumping, but it's the system, overload. :)

So i can give you 3 tapes, with a little bit of Dj Rush on the final tape. (the file is a .RAR)

We're back at The Scene, for 2 tapes. First one is the evening with G-Force, also known as Stanny Franssen. I have no complete set, but still 20min of pumping quality techno.

The second we have is the last hour of the evening, where Steve Cop plays some good techno.

Yes, we're back again with another great Fuse tape, another favorite of mine. Still in 1994, when techno was hitting the dancefloors in all kinds of flavours.
The other set from Fuse had a lot of acid influenced tracks, this time it's more melody, funk, soul...it is what it is.

In the late 90's, Steve Cop was invited to play 2hrs at radiostation in Brussels, called Cyberfactory . It was situated in 2 back rooms of an underground garage in a flat building. It was the time when he was resident at The Scene...