Cirao Dance Hall, a club in Waregem formerly known as Carioca, an old swimming pool...Perfect location for a lot of party's, where in the old days people like Fred Nasen, Laurent Warin and Phi Phi played.
I am not sure but i think this tape is from Phi Phi's birthday-party, it's been too long ago :) 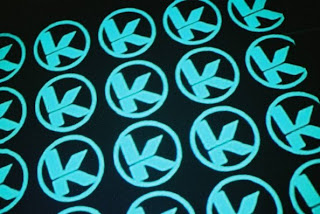 It all started in 1995 on a jampacked boat. Due to the succes of the parties some changes had to be made and a bigger location was found: ICC. Later on the concept moved to the Kuipke and now they're based in Vooruit (same location as 10daysOff).
Lots of changes but still in Ghent after all those years ... except for some excursions to Brussels, Holland and even Ibiza. (thx to L3m4nt)

Kozzmozz is the mothership off al K-Events. The first edition was held on September 23rd 1995 on the Josef K boat in the harbor of Ghent. It was more a party for friends than a public party aimed at promoting the better Belgian techno dj’s. The response was however so overwhelming that more editions had to be planned.


Need i say more? This is an institute in Belgian partyland. And the dj set we have here, gives the exact feeling of the vibe back in the day. Strictly techno, not hard, but the way it should be. 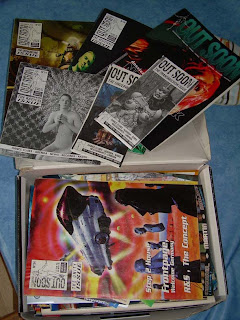 It was the celebration of 15 years Out Soon. We all know Out Soon from back in the day, it was like a huge map you have in your car from a certain city/country. Nowadays it's a nice magazine, no problems anymore to put it away. :)

Flash back to 1992: The golden period for Belgian clubs like Boccaccio, Globe, La Rocca, At The Villa, Balmoral, Cherry Moon, Café d’Anvers, Mirano, Le Veaudeville… Clubbers all around the country were jacking their body to something people called house music. That new kind of music gave them pleasures of the highest sense and feelings of warmth and security. On November 13th of 1992, a small black and white leaflet decided to inform these clubbers about the ever growing Belgian clubbing scene. That little free monthly folder was called Out Soon and quickly became Belgium’s leading magazine regarding electronic dance music, clubs and parties. After 15 years, Out Soon is still Belgium’s leading free clubbing magazine, made with passion by real clubbers for real clubbers!

That evening Steve Cop and Tomaz played back to back for 3hrs, something they do a lot lately. (check introduction)

Tomaz isn't a stranger for clubland, from spinning records to making them, hosting a show on national radio...nothing is too much for this musiclover.
More info here : http://www.myspace.com/djtomaz